Artemis Rising to be published!

A long time coming … but worth the wait.

Fantastic news: Artemis Rising will shortly be published! I have just signed with SpireHouse Books and my novel will launch in a few months or so (I’ll keep you posted on a fixed launch date).

To give you some context for this particular snippet of news, let me give you a short history:

Ah, now we are up to the present. *checks for glassy gazes of boredom in the audience members who remain*

Those are the cold, hard facts, but there is—as you can imagine—a great deal more to the story of how this novel stumbled ungracefully into existence.

Artemis Rising is a story of serendipity: I am a freelance fiction editor who occasionally takes on an intern from the PSU graduate publishing program. My last one was a fellow by the name of Lucas Beechinor. He was extremely hardworking, communicative, quietly ambitious, and honest. In short, it was a sincere pleasure working with him. He revamped my whole website and copyedited Artemis Rising. Well, funny thing. He just happened to be interning for an agent at the same time, Bernadette Baker-Baughman. He enjoyed my novel enough to make an introduction between Bernadette and myself. 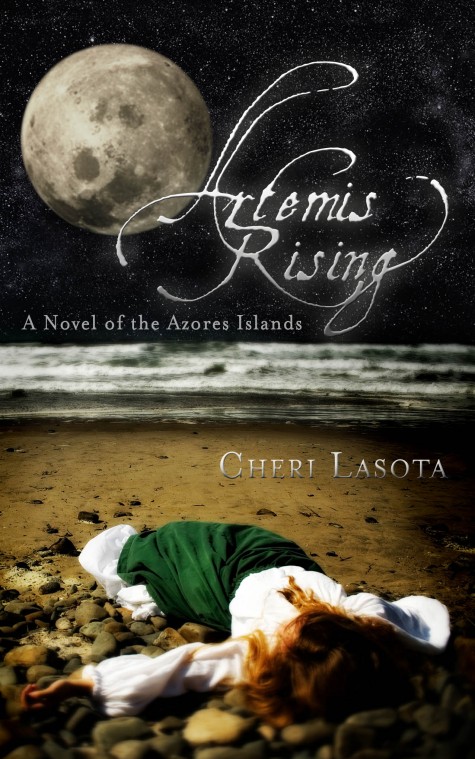 A short time later, I signed on with her and the book made the New York rounds with her excellent help and guidance. We had some preliminary success, but Artemis isn’t a surefire, fit-the-mold sort of book. So at a certain point, I decided I wanted to try self-publishing, as I was feeling comfortable with my ability to design the book and publish on the various e-retailer sites. But Lucas got in touch with me out of the blue. He was starting an e-publishing house and wanted to know if I’d like to join him with his launch. I gave the idea some serious thought.

Eventually, I decided that it would be much more fun working with Lucas than going it alone. This book was an experiment from the beginning. Why shouldn’t the marketing of it be also? I like the idea of attempting marketing and promotion ideas that are innovative, outside the proverbial box, or just plain crazy. This is an exciting time to be a writer outside of the traditional realm. We have enough flexibility to fly or fail on our own merit and intelligence. I’d be happy to fail and then pick the book back up and try again. And since we’re doing an e-book only, we can keep trying. Working with SpireHouse Books will allow me the time and flexibility to experiment with marketing ideas, so I’m thrilled to be working with Lucas Beechinor once again.

You might be wondering: why an e-book? If you’ve spoken to me recently, you know I’m obsessed with e-books. That might actually be an understatement. When I could afford it, I bought a Kindle 2 and never went back. I love everything about e-books:

My parents both own a Kindle now. That’s saying something, considering they are the most technologically averse people in the world. If my parents love reading on an e-reader, then there is no way the e-book revolution won’t flourish in this new age! As for me, I’m embracing the future now with open arms. I’m secretly proud to be a techno-dweep!

And e-books have something a paperback hasn’t had in decades: innovation in delivery. When was the last time your paperback let you click on a button and go straight to the author’s website? And can you watch the novel’s book trailer from inside a paper book? What about hyperlinked words in the glossary? No? E-book technology and innovation are just begging to be explored.

I may end up doing a paperback version at some point in the future. I may not. Who knows. But right now, I’ve never been more excited about publishing this novel than I am right now. The world beckons and it’s time to let Artemis rise at last.

P.S. For those waiting for the results of my recent e-book poll, that will be my next blog post. Promise!