Biggest Book Sale of the Year!

Artemis Rising FREE on Amazon! Echoes in the Glass 99 cents on Amazon!

I’m going ballistic! ARTEMIS RISING and  ECHOES IN THE GLASS are going on a crazy sale. Snag Artemis Rising for FREE Jan 23-24 and Echoes in the Glass for just 99 cents on Amazon Jan. 24-26. Yes, you heard that right. If ever there was a time to check out my books, it’s now.

ECHOES IN THE GLASS

[pullquote]”It’s the kind of story that leaves an imprint on your soul, something you won’t soon forget. All I can say is that I highly recommend Echoes in the Glass to all fans of contemp… no, I’m not limiting it to one genre, or even two. Let’s just say all fans of reading awesome books!” –Toni, My Book Addiction[/pullquote]
Finnian bears the scar of an unspeakable crime. Tiria hides the pain of a terrible betrayal. When all their secrets are laid bare, will the truth rip them apart or forever silence the echoes of the past? 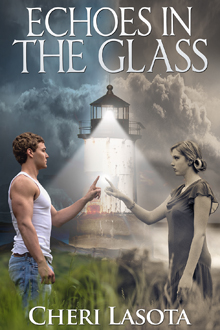 Seventeen-year-old Finnian Bell has been on the run for years, but he finally has a chance to rebuild his life while restoring an abandoned lighthouse on the Oregon Coast. Tiria Lucas, the lightkeeper’s daughter, is still reeling from the pain of an event that has shattered her innocence. Fear and bitterness have turned her heart from Finnian, but he is determined not to let her go.
The lighthouse harbors dark secrets of its own… When Finnian and Tiria uncover the story of two teens hidden in the tower back in 1935, they discover a shocking connection that bridges time and death.

Crossing genres into worlds you’ve never seen… Echoes in the Glass is half-contemporary, half-historical with enough mystery, romance and lighthouse lore to ignite your imagination.

[pullquote]”Left me breathless and spellbound. I wanted to live inside its pages.” –Karen Hooper, Author of Tangled Tides[/pullquote] 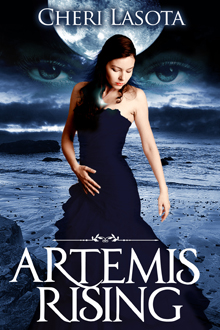 Can we change our stars?
Eva must accept the tragic fate her mother has chosen for her, to be forever chained to the boy who will become the human form of the Greek river god. But Tristan, the Azorean Islander boy she loves, has willingly chosen another destiny, one fraught with just as much danger and sorrow. Are Eva and Tristan destined to live forever together but eternally apart? Diogo, an intense boy driven by a mysterious power, will drive them even further apart if they cannot find a way to break the curse they’ve fallen under.
Artemis Rising was inspired by an unforgettable 2-year stay in the Azores Islands. The novel is based on the legend of Tristan and Isolde and the Greek myth of Alpheus and Arethusa.
19th Century * Azores Islands * Historical Fantasy * Cross-Genre