An intimate Q & A with historical author N. Gemini Sasson

I first met author N. Gemini Sasson virtually through the words of Crown in the Heather, her debut historical novel focusing on the life of the great Scottish King, Robert the Bruce. We both had posted work on www.Authonomy.com, a site for writers to both commune and compete. It was there that I had the privilege of getting to know her better.

Gemini’s talent is unquestionable, her expertise is well-known, and her giving nature is treasured by all who know her. Learn more about Gemini and her body of work below, as I chat with her about her novel, the publishing industry, and her plans for the future.

What made you choose Robert the Bruce for your subject matter? What fascinates you about him?

After seeing the movie Braveheart (yes, know it’s full of inaccuracies), I was inspired to write something epic. I knew there was more to those events than just William Wallace’s story, so I began to read and read and read . . . and four years later I had three books about Robert the Bruce written.

What I find most fascinating about him is his complexity. He was more than a soldier and tactician, more than a king and diplomat. After losing his first wife, Isabella of Mar, in childbirth, he later fell deeply in love with Elizabeth de Burgh. But in order to marry her, he had to give up his defiance of Edward I’s overlordship. For years, Robert patiently waited for Edward I (sometimes known as Longshanks) to back his hereditary claim to Scotland’s crown. But when it became clear that was never going to happen, he began to plot his rebellion. As he struggled to unite Scotland against a common enemy, he endured many hardships. He was a man who loved deeply, rewarded those who were loyal to him, forgave those who had wronged him, and grappled for his dreams in the face of adversity. I sincerely hope that readers will draw inspiration from him, as I have.

What were some challenges you faced in writing about Robert the Bruce’s life? 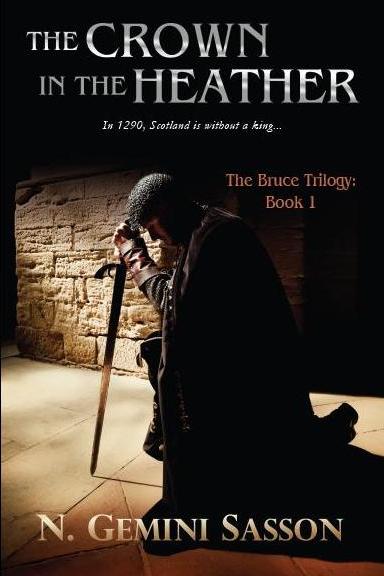 When I first began researching over a decade ago, the amount of information on the internet is not what it is today. At first, I had a lot of holes to fill in, so things went slowly. As I discovered more and more resources, those holes became easier to fill but, still, there are private moments in the lives of historical figures that seven hundred years later we know little to nothing about. So as it often is for any historical fiction writer, my biggest challenge was in trying to understand what motivated him, what he yearned for, dreamt of achieving, or even what his greatest fears were.

How does Crown in the Heather differ from other books out there on Robert the Bruce?

The Crown in the Heather tells the story through the voices of three men: Robert the Bruce, James Douglas, and Edward II. While I feel most comfortable writing in first person, telling the story through only one perspective left out too much. So first I added James Douglas to reveal even more about Robert and the struggle that the Scots experienced, and then later I added Edward II, who gives us some up close encounters with the ruthless Edward I, Robert’s enemy.

Surprisingly, there have been very few novels about Robert the Bruce. Nigel Tranter’s The Bruce Trilogy (published around 1970) is the best known series of fiction books about him, but I have a policy about not reading other fiction books about the same historical figures I’m writing about. I don’t want to be influenced even in the slightest by the way another writer portrays them. Instead, I bury myself in non-fiction and reach my own conclusions. There are, however, three established writers releasing books about him or his contemporaries in the coming year: Jack Whyte, Robyn Young, and Robert Low. I’m thrilled to see the interest in Robert the Bruce exploding. The publishing world has neglected him for far too long.

How did you approach bridging the gap between fact and fiction?

I chose to combine legend and recorded history. We’ve all heard the story of Robert the Bruce encountering the spider in the cave and how he was inspired by its determination to build its web. Who knows how much truth there is to any of these legends? But I’d like to think there is at least a grain of truth in their origins.

Do you get distracted or energized by research?

Both! The hard part about research is that you’re not always sure, as you’re doing it, what you’re eventually going to need and what you’ll be discarding. I’d say I end up reading and taking notes on four or five times as much as what I use in the story ultimately. The further along in the process I go, the clearer it becomes. As for details like weaponry, architecture, clothing, etc., I usually don’t add those until much later in the process; otherwise, I’d be wading through resource books all day long and never getting the story down.

Using historical events as a framework for the plot is both helpful and restricting. Change too much and you violate historical accuracy. Stick too close to events and add nothing of your own imagination and you risk creating a story that’s dry and unemotional. Somewhere there’s a balance.

Do you think there is such a thing as writer’s block? If so, does it happen to you? What do you do to push past it?

Certainly there are writers who are so freakishly creative that they can pound out thousands of pages a year. Most of us, though, have to just sit down and write something that we can improve upon later. I won’t say there’s no such thing as writer’s block, but there is lack of motivation or inspiration, fear of not getting it perfect and, most of all, distractions galore.

My motto: “Write crap. Crap can be fixed.” Of course, sometimes crap gets deleted, but there are also times when I later look at what I first thought was crap and say, “Hey, that’s not too bad.”

It’s a mess and I wouldn’t recommend it to anyone. First, I read a lot of history books. I highlight and dog-ear them and scribble notes on random pieces of paper. Next, I write out a timeline, which then gets transferred to poster board. At that point I figure out where the beginning and end are—and then I change it about five times while I’m actually writing the story. I seldom write chapters in order. It’s amazing that an actual book comes together out of the whole crazy process, but somehow it does.

Do you think historical novels are making a comeback in the market? If so, why?

Definitely. Ten years ago it was hard to find historical novels. They were there, but it seemed there were only a handful of authors in the genre. I’d say Philippa Gregory has done a lot to bring the genre to the foreground and others have since followed. Her writing is sophisticated, yet deals with the scandalous lives of nobles—the rich and famous of yesteryear. We’re now seeing historicals get nominated for the big literary awards. Even Oprah featured Ken Follett’s Pillars of the Earth in her book club. I’m all for making them a part of popular culture.

What’s your opinion about e-books? Are they the wave of the future? Do you prefer paper or e-paper and why?

I still prefer paper books myself, but I have a healthy respect for those who love their e-readers. Those folks tend to be voracious readers and with the rapid expansion of e-publishing, we’re now seeing indie authors gain ground in this market. As e-reading devices become cheaper and cheaper (and I admit their price is what’s kept me from buying one in the past), I think we’ll see the e-book market continue to grow.

What’s next on the horizon? Crown in the Heather is the first of a trilogy, correct?

I’m in the final editing stages for the second book in the Bruce Trilogy, Worth Dying For, and hope to have that available by January of 2011. It covers the years of Robert’s reign from 1306 up until the Battle of Bannockburn in 1314. While much of it follows Robert’s struggle to unite the Scots and defeat the English, it also looks into Edward’s relationship with Piers Gaveston and how that affected his reign.

First, though, I’ve just released Isabeau, A Novel of Queen Isabella and Sir Roger Mortimer, on Kindle, which will be followed by the paperback in early September. This story overlaps in time with the Bruce books, but takes place in England and France. While Edward II is in it, Isabeau focuses on Isabella and Roger Mortimer and how they brought about Edward’s downfall. While researching the Bruce books, I kept coming across the names of Isabella and Mortimer and just couldn’t resist writing about them.

How can we find and buy Crown in the Heather? Is it available in multiple formats?

The Crown in the Heather is available in both paperback and in Kindle. Buy it through Amazon.com, Amazon.co.uk, and BarnesandNoble.com as well as other online retailers worldwide. I do plan to have it up on Smashwords.com shortly, too, so those with other e-readers can purchase it. For more information, readers can visit my web site at www.ngeminisasson.com.

*** Watch the Crown in the Heather book trailer here! *** 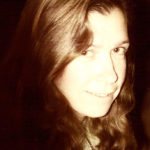 N. Gemini Sasson has a B.S. Ed. in Secondary Science and a M.S. in Biology from Wright State University in Dayton, Ohio, where she ran cross country on athletic scholarship. She has worked as an aquatic toxicologist, an environmental engineer, a teacher, and a track coach. Her Australian Shepherd kennel, Imagineer, has been awarded the honor of Hall of Fame Excellent Kennel by the Australian Shepherd Club of America. Sasson is the author of an internationally recognized series of articles on bobtail genetics which have been translated into seven languages.

The Crown in the Heather is her first novel. Sasson’s research of Robert the Bruce has spanned nearly a decade and includes visits to various historical sites in Scotland. She is nearing completion on two more books entitled Worth Dying For and Carry My Heart, which follow the Bruce through his victory at Bannockburn and his hard-won recognition of Scotland’s independence. Her next novel, Isabeau, is about Queen Isabella, who plotted the overthrow of her husband King Edward II of England, and Sir Roger Mortimer, who masterminded the invasion that accomplished it.