The Greek Myth of Alpheus and Arethusa 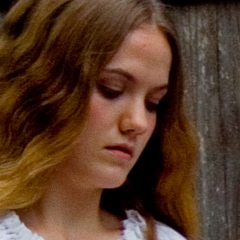 In Greek mythology, Arethusa was a beautiful nymph and companion to the moon goddess, Artemis. When Arethusa unknowingly bathed in a river of the river god, Alpheus, she had also inadvertently seduced him as he was overcome by Arethusa’s beauty.

Arethusa, wanting nothing of his advances, fled. Some accounts of the legend claim she was chased across all across the seas, while others say she was forced to regularly change her appearance to fool Alpheus, who was determined to claim his prize.

Relentlessly pursued, her only option was to seek the aid of Artemis. Arethusa was transformed into a stream and fled into the earth, but even here, she could not escape the river god. Making her way to the sea, Arethusa found herself consumed by Alpheus as his water mingled with hers, enveloping her within his lustful grasp forever.

What follows is an excerpt from the novel, which illustrates the myth of Alpheus and Arethusa in a vision.

Arethusa fell to a strange darkness. It seemed only a moment. Then a brilliant light materialized into a riot of cerulean blues and moss greens. She stood, surrounded by forest, at the brink of a shallow river. It burbled and sang and beckoned. The sun was setting but the day was still hot. Shafts of light filtered through the old grove of cedars.

She wore a strange tunic, cut very high on her legs. A bow and quiver of arrows lay beside her in the grasses that lined the banks. She strode forward, her step confident despite her confusion. She dipped her toes in the water. The river was cool, inviting. She glanced around, but no one lingered in this forgotten forest.

Just a short swim, she thought, to wash the heat from my skin. Her lack of modesty surprised her, but she didn’t give it another thought. She shed her tunic and boots, unbound her hair, and dove headlong into a pool at the base of a waterfall.

The very instant she crested the surface she felt a movement beneath her and around her. Like a separate current a powerful presence encircled her and, like a whirlpool, it dragged her down under the surface, into the shallower depths where her feet touched the algae-covered stones.

She blinked, and when the sting of the water against her eyes cleared, she saw a face. The soft edges of jaw and nose and lip swelled and billowed in the currents like a translucent sketch, a colorless portrait.

He did not speak with a voice but his thoughts touched her mind, blending seamlessly with the babble of the river. You disturb my waters, little nymph. But I am not displeased. I am the God Alpheus. Come into the depths with me and I will show you all that I command.

When she felt the God’s desire surrounding her, filling the pool with a heavy force, she grew afraid. She remembered the warning of the Moon Goddess: chastity above all. She did not hesitate, but scrambled naked from the water.

Before her eyes, Alpheus’s limbs and body hardened, and the River God became a living, breathing man.

Arethusa did not answer but ran on, over moss and stone, grass and stick.

He chased her deep into the forest, and she hid where she could behind trees and thickets. The day slipped into pale dusk, and the Moon Goddess rose in the east.

Alpheus chased her down to the sea. She ran down the abandoned beach, her bruised feet aching and her lungs burning with the fire of her breath. The moment she had given up thought of escape, the moment Alpheus touched the ends of her hair, Arethusa called out to the Goddess.

“Save me, Artemis. Have mercy.”

Artemis flashed bright, her rays reaching down to embrace her like a mother. A strange sensation coursed through Arethusa’s veins. As she ran, her body became fluid and transparent. Unbidden tears streamed from her eyes. Her limbs turned to liquid pools and, on her tongue, she tasted strange, cool water. All at once, she collapsed into a deep river of herself, bleeding into the beach sands into the interminable darkness beneath.

But Alpheus was cunning. He shifted into his river form and dove after her, slipping with insidious silence behind her.

She felt Artemis’s anger rumbling through the earth. Her light grew strong, her heat burning into the ground. Then Arethusa felt herself fall.

Dive deep, my Arethusa. I will make a way for you, she felt rather than heard the Goddess say.

Grateful, Arethusa plunged down and slipped her way under the seas, coming back up through a spring near the Rio de Antigos. There, the Moon Goddess gathered up Arethusa’s scattered drops and transformed her into a bubbling fountain.

Arethusa thought she was safe at last, but the earth trembled and quaked beneath her and a terrible roar shuddered through the ground. Alpheus cleaved up through the soil, bursting skyward with the sheer force of his anger. She saw again Alpheus’s translucent face, twisted in rage. Then he plunged down into her waters, imprisoning her with his own.