Lee Strauss has a new cover! 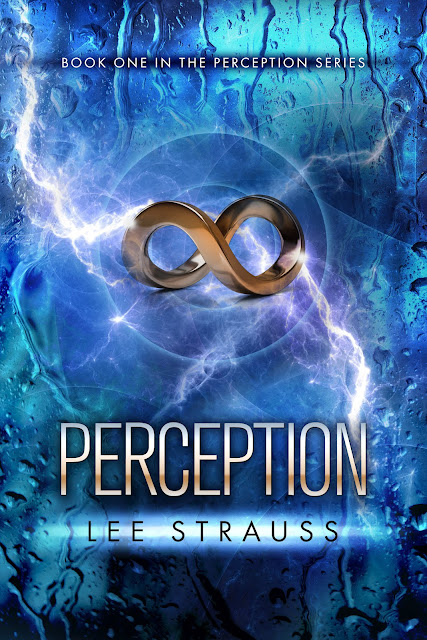 Seventeen-year-old Zoe Vanderveen is a GAP—a genetically altered person. She lives in the security of a walled city on prime water-front property alongside other equally beautiful people with extended life spans.
Her brother Liam is missing.

Noah Brody is a natural who lives on the outside. He leads protests against the GAPs and detests the widening chasm they’ve created between those who have and those who don’t. He doesn’t like girls like Zoe and he has good reason not to like her specifically.

Zoe’s carefree life takes a traumatic turn. She’s in trouble and it turns out that Noah, the last guy on earth she should trust, is the only one who can help her.

PERCEPTION is a ( SF / mystery / romance) Young Adult novel that takes place in the not too distant future in a world changed by climate extremes, natural disasters and impending wars, and where scientific breakthroughs cause class divisions—both financially and philosophically. It explores the clash between faith and science and how differences can separate us as enemies or ally us together. And in some cases, even in the midst of betrayal and personal crisis, there’s room to fall in love.

This is the first book in a planned three-book series.

Lee Strauss is also known as Elle Strauss (for her lighter, lower YA titles). You can find her at www.ellestraussbooks.com

PERCEPTION will be for sale on Amazon and at other e-retailer stores Sept 12!