FREE! Six Goodreads Authors are offering you their awesome YA novels!

Six Goodreads Authors from The Indelibles YA group are offering you their novels free on Kindle June 27-29. These novels are intense paranormal and fantasy romances and all have fast been climbing the bestseller charts on Amazon. Just click on these links below between June 27-29 and snag any or all of these books for free: 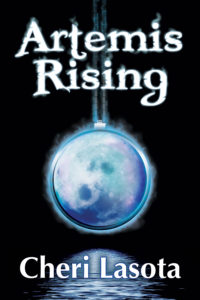 Artemis Rising left me breathless and spellbound. I wanted to live inside its pages.”
—Karen Hooper, Author of Tangled Tides

On the voy­age home to the Azores Islands, Eva accepts the pagan name of Arethusa but learns too late that her life will mir­ror the Greek nymph’s tragic end. Her mother reveals that her des­tiny lies with Diogo, the shipowner’s volatile son. But Eva has a vision of another… When the ship founders in a storm off the coast, Tristan, a local boy, saves her life and steals her heart. Destined to be with Diogo yet aching for Tristan’s for­bid­den love, Eva must some­how choose between them, or fate will choose for her.

“Most addictive book for me since Sookie!” – Amazon Review

When her newly remarried mother moves the family to Paragon Island, to a house that is rumored to be haunted, Skyla finds refuge in Logan Oliver, a boy who shares her unique ability to read minds.

Skyla discovers Logan holds the answers to the questions she’s been looking for, but Logan’s reluctance to give her the knowledge she desires leaves her believing Logan has a few secrets of his own.

Skyla’s bloodlines may just be connected to the most powerful angelic beings that roam the earth, and the more she knows, the more danger she seems to be in.

Suddenly an entire faction of earthbound angels wants her dead, at least she still has Logan, or does she? 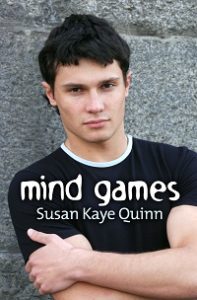 “Raf is perfectly drool worthy, but shows kindness and loyalty to his friend, the girl of his dreams … this is a tantalizing tidbit that makes the reader want more! And more is what you can have … read more of Raf and Kira’s trials and victories in Open Minds by Susan Kaye Quinn.” —Indie Writers Review

Raf, a regular mindreader, is in love with Kira, the only girl in school who can’t read minds. Raf struggles to keep his thoughts about her private, but secrets are something that only zeros like Kira can keep. As he works up the nerve to ask Kira to the mindware Games, his friends have other games in mind for him.

(Mind Games is a short story prequel to the novel Open Minds.) 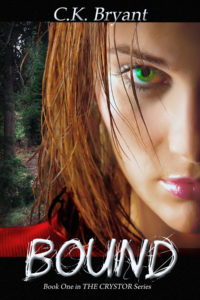 “I really enjoyed this book, from the beginning to the end. I just couldn’t put it down until I had read it completely. Now I can’t wait to read the next book in the series, Broken.” –Idris

When a photo shoot ends in tragedy, Kira discovers her best friend, Lydia, has been keeping a secret. Knowing the truth, and accepting it, will change Kira’s life forever and thrust her into a world of ancient curses, magical objects, and savage enemies. What happens next will challenge everything Kira knows about her world, herself and the shape-shifting warrior she’s falling in love with. No longer the timid mouse her mother accused her of being, but a woman who finds the mental and physical strength to endure and survive.

BOUND is a heroic tale of true friendship, infinite sacrifice and untamed love.

Elle Strauss’s Clockwise (Book One in the Clockwise Series) 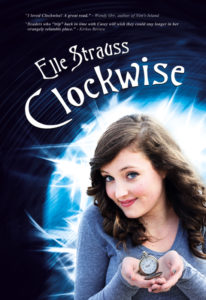 “Readers who “trip” back in time with Casey will wish they could stay longer in her strangely relatable place.” – Kirkus Review
Casey Donovan has issues: hair, height and uncontrollable trips to the 19th century! And now this –she’s accidentally taken Nate Mackenzie, the cutest boy in the school, back in time. Awkward.

Protocol pressures her to tell their 1860 hosts that he is her brother and when Casey finds she has a handsome, wealthy (and unwanted) suitor, something changes in Nate. Are those romantic sparks or is it just “brotherly” protectiveness?

When they return to the present, things go back to the way they were before: Casey parked on the bottom of the rung of the social ladder and Nate perched high on the very the top. Except this time her heart is broken. Plus, her best friend is mad, her parents are split up, and her younger brother gets escorted home by the police. The only thing that could make life worse is if, by some strange twist of fate, she took Nate back to the past again.

Which of course, she does. 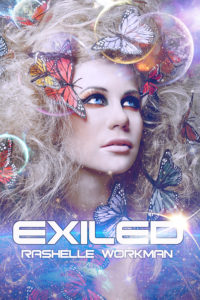 “Michael and Venus have probably been the best pairing/couple that I’ve read about this year! GO READ THIS BOOK! You will love it. Seriously.”   —Nancy, reviewer Tumbling Books

Exiled: Worlds divided them. Chance brought them together. Only love will save them.