Adventures in Self-Publishing a Picture Book

Paul Navarro, a member of one of my first writers groups here in the Pacific NW, just released his debut children’s book, The Gift Giver. While every writer’s journey is quite unique, it seems we’ve all had an uphill battle toward publication. In this post, Paul shares with us his insights into creating a digital version of his children’s book and how he finally reached his dream.

Let me start by saying that I teach computer literacy for a living, so you’ll understand that when I say formatting a picture book for self-publishing is a royal pain in the yaktabay (I’ve been watching “Taxi” reruns), I really mean it. I admit that I waited a little too long to get my book done. Not because I was procrastinating, but because I got married in October, which meant that the Christmas book I wanted to publish by Thanksgiving was going to have to wait. But, my excuses aside, this is my fuzzy account of my picture book publishing adventures.

A crash course in self-publishing

I wrote The Gift Giver years ago but only recently decided to publish it as sort of a crash course in self-publishing. So, sometime in the summer of 2011, I began to look for an illustrator. Now, I am an artist, but I knew I’d have little time to do my own illustrations because of my pending nuptials and the fact that I was going to have to do rewrites on my story. I talked to my brother first (our family overfloweth with artists) and asked him to come up with a cover design. He texted me a couple of weeks later saying he had a few ideas. I called him back saying I was anxious to get together, and we didn’t talk to each other again until my bachelor dinner two months later. I’m assuming my brother got tied down with other things like making an actual living, so we never really talked about the book again. I then contacted a couple of local Portland artists whose work I admired but they charged much more than I could afford on a teacher’s salary. Here’s the thing about artists: the good ones cost a lot and the ones you don’t pay are not motivated to finish the job. So, along with rewriting the story, I decided that after I got back from the honeymoon (we went to Disneyworld and it rocked!) I’d also do the artwork myself. 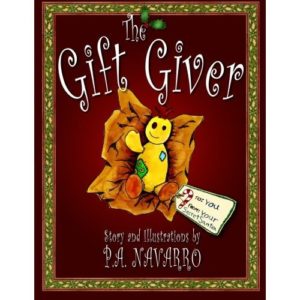 Don’t begin your art until you have a finished MS

When we got back from Florida, I worked hard with my writing group and agent (thanks Danielle and Plot Ninjas) to get a finished draft of the manuscript because it made no sense to start making art that may or may not be relevant to the story. So, another little tip: DON’T BEGIN YOUR ART UNTIL YOU HAVE A FINISHED MANUSCRIPT. I’ll get back to that later.

After about ten drafts, I finally started the art in a medium I had never worked in—watercolor. I know what you’re saying and I won’t repeat that kind of language here. But I had a vision. I love the way watercolor has a life of its own and I desperately wanted it to be part of my picture book. This, I have to say, was the only part of the book that went relatively smoothly. I put a plastic bag on my bed, turned on Netflix and watched Caprica as I painted late into the evenings. The watercolors turned out better than I imagined and so did the post-Battlestar Galactica series. Yeah me and yeah producers of Caprica!

Have a solid concept in mind before starting

Remember when I said not to start your artwork until you have a finished manuscript? This rule also applies to the book cover. I began my book cover in the summer, coming up with design after design that never seemed to work. I literally spent about a hundred hours on cover design, but my designs never quite captured the Christmas spirit or the spirit of the story. I finally realized it was because I only had a vague idea of what I wanted and therefore could never make up my mind. What number tip are we on—5, C, 4356 sub-category G? I don’t know, but anyway, my tip is to have a solid concept of the cover you would like before starting. I eventually looked at a bunch of Christmas books that I liked, chose one that I thought captured the spirit of my own book, and used all the same elements in my cover. But Paul, that’s stealing! No it ain’t. Do a Google image search for Christmas book covers; they’re all pretty much variations on the same theme and so are the covers for every other category of book. Next time I need to design a book cover, I’m looking for something in my genre that I like and copying the layout. The big companies re-use design elements over and over again for a reason. They sell!

A PDF file created within Word will compress your photos

Finally I was ready to upload my book. I mentioned above that I’m a teacher and therefore I take a rather scientific approach to doing almost anything. In this case, I researched tirelessly about how to upload my book to the various retailers, Amazon, Barnes and Noble, etc. The general consensus was that uploading your book was easy. However, all these folks that were talking about how simple the process was were uploading novels, not picture books. Picture books are a whole n’other pain in the yaktabay. What I discovered was that not only do all versions of Word compress your picture files by default, but there’s also a compression that takes place in your transfer to a PDF file. Let me repeat this again, because after hours of searching, I found this information nowhere on the Web. THERE IS A COMPRESSION OF IMAGE FILES THAT TAKES PLACE WHEN YOU CREATE A PDF FROM A WORD FILE. This is even after you turn off “Compress Pictures” in Word. I counted the hours I spent trying to solve this problem. Eighteen in all. Here’s the solution for Word 2010 (I haven’t tried it in other versions but it may work): When you install Adobe Acrobat, a new tab will pop up in your Word 2010 ribbon that says Acrobat.

How to turn off “Compress Pictures” in Microsoft Word

Wasn’t that really, really complicated? See why it took me eighteen hours? But now it will take you no time at all.

Prepare to spend a few hours on each ebook upload

Of course, that was only the first hurdle. Every upload conversion program offered by Lulu, Amazon, Kindle, and Nook works a little differently, so prepare to spend a few hours—at least—reworking your file to have the look you want on the various eReading devices. Fortunately, after spending eighteen hours working out the above problem, spending a couple of hours making my file work for Lulu seemed like a breeze.

My book, The Gift Giver, is now up and running on all the major sites: Lulu, Amazon Kindle, the Nook store, iBookstore, and Amazon Books (for the print version), and I must say it’s a quite satisfying feeling after all the trials and tribulations. I love seeing my book cover there with all the classics like a Christmas Carol and How the Grinch Stole Christmas. Oh, and also alongside the steamy romance novels like Secret Santa and the Christmas Knight. Yes that’s knight with a K. I originally began this project to learn what it was like to self-publish a book with an eye to publishing my middle-grade novel, The Incredible Misadventures of Zadora Zane, if my agent doesn’t get an offer we like. I’m glad I did it. The mystery is gone; I know how to self-publish. I feel empowered, proud, and relieved. But best of all, I can now ask people I meet, “Have you picked up a copy of my latest book?”

Paul’s blog focuses on middle-grade and YA books and movies at PicLitSavvy. You can find his book on Kindle, Amazon, and Lulu.